Tim showed the miniature oil paintings made on the residency in Baku Azerbaijan this year at the Daisy Laing Art Gallery, Chapel St, Penzance in May and June.

The show was very well received and the private view in particular was packed. Guests found people were as interested in the historical context of the miniature tradition as they were in the hand-made works. 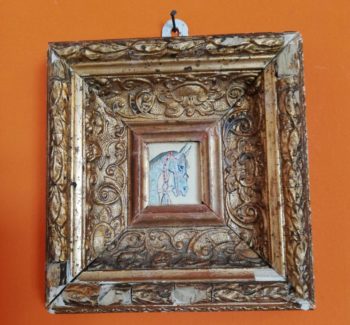 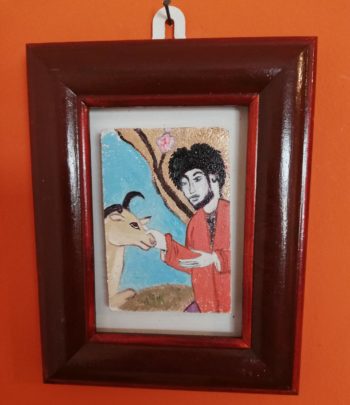 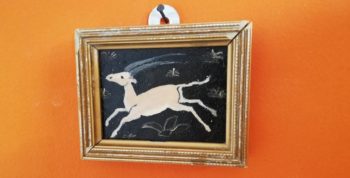 Interest was high in the geography of the explored area; for the UK audience information about the Caucus region has generally been restricted historically due to the overshadowing of rich cultures, such as that of Azerbaijan, by the huge regional information of the USSR. The artists took time during the exhibition to  help people to locate Azerbaijan both spatially and politically and through conversations on his residency trip.

Realisation that issues of the environment have for over 400 years formed part of the narrative of the ‘Persian’ miniature tradition was greeted with some surprise. with the artists primary interest in the treatment of animals felt well explored and was discussed with relation to hawks, the hunting of lions and the central role of horses in the culture of Eurasia.

He borrowed a large format illustrated book on the subject of the miniatures from Morrab library for the duration of the exhibition, which helped to give context to the work, also providing copies of the reference materials he had worked from directly. The ‘antique’ framing process used certainly caused a great deal of interest and has proved to me the importance to plan from an early stage of how to frame and present future work.

There was much interest in purchasing works during the exhibition, and the artist seeks to place the work into galleries in other towns and cities later in 2019.

As result of the exhibition there were some welcome ripples in the local community.

Tim Ridley visited a local school to give a workshop to year 6 pupils (age 10 & 11). It was very successful, with the children responding very well to the ideas and the scale of the work. With inspiration from Ridley’s work, the children produced some excellent results. Further use of the narrative ideas within miniatures allowed them to make stories and images of their own, many also focused on the treatment of animals and the environment. 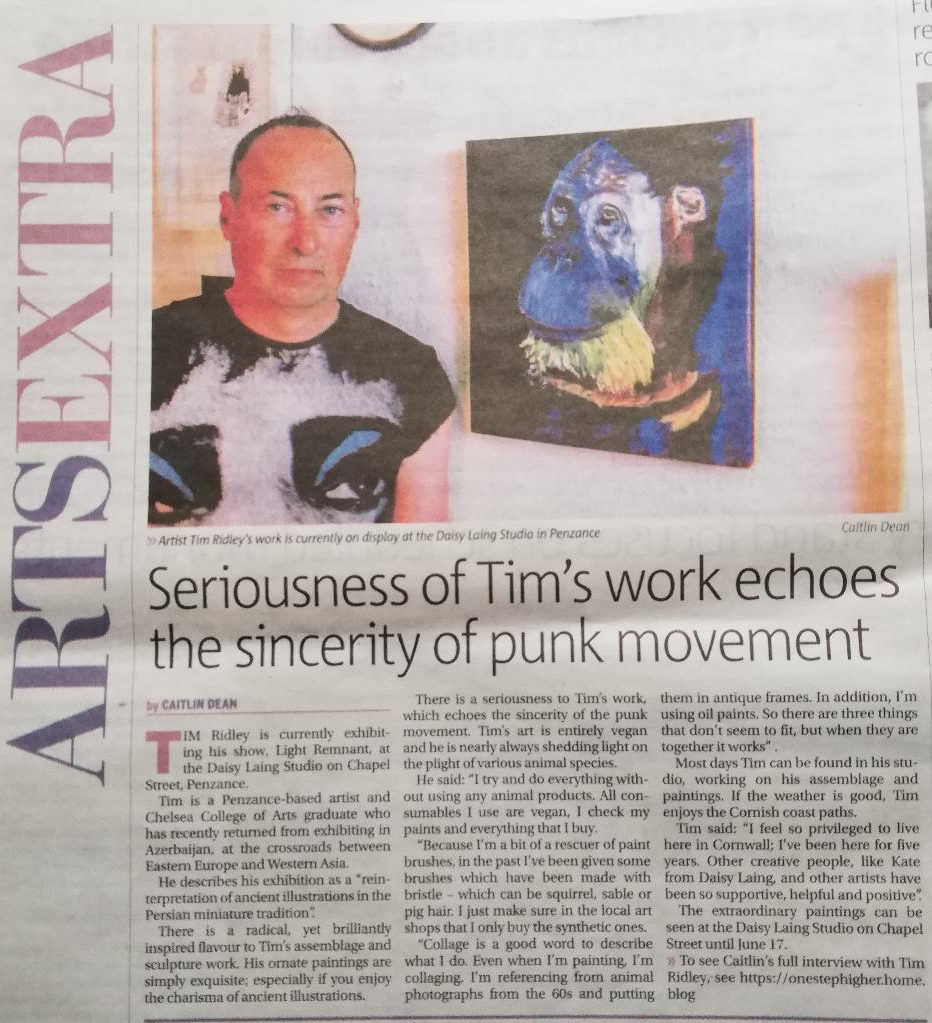 Caitlin Dean also conducted an interview with Ridley about his exhibited work and the exhibition, which was published in the UK publication, The Cornishman.