Do you think that your country’s historic politics changes the way society perceive individuals now? 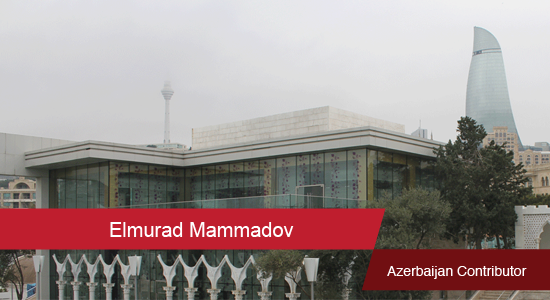 "Just because Britain has many dark aspects to its past does not mean that we are forever doomed to repeat them."

Azerbaijan is a country with a rich experience of social and political changes throughout history and each trend in has its influence on the perception of people. Reactions of society can include discrimination, expulsion from community or family and much more, and have been consequences in the past. So what determines the factors of social perception of individuals? Mainly, these are mindset, mentality, political discourse, religion, traditions, modern trends, etc.

Investigating into the case of Azerbaijan, three main differences or commodities in perception of individuals now and in the past take place. Lets have a look at them referring
to the examples: First one is education. The main factor that makes a good individual based on social perception is strong academic background. In the past not everybody had an opportunity for higher education, while nowadays mostly everyone can afford to themselves at least secondary school education or bachelor degree. In case of females, history demonstrates different attitudes. While on the past educated women could face strong critics, nowadays educated women are appreciated.

The second one is religion. Religion used to be alternative of education more than 100 years ago, and times before. Madrasa was the educational institution, and at that time, everyone was obliged to be religious, practice and keep fasting. Today, everyone is free regarding religion. If religion was once the main factor in social perception of individuals, today it is the other way around.

And, finally, last but most importantly is attitude towards people who stay strong in their beliefs, values and position. All changes in the history occurred due to such people who could gather public attention, change mindset of people and get their support despite not having the best values- often perceived as brave personalities, leaders. Today, they are called demagogues and people avoid them and perceive them as trouble makers. This is the how icons of imitation turned to be ones with bad social reputation. There are many more factors of social perception of individuals; however, these ones are the most visible while comparing past with present.

Elmurad Mamedov, 4th year Marketing student of Russian Economic School at the UNEC. The main field of employement is facilitation in the topics of Project Cycle Management, Personal Development and Motivation. He conducts workshops in frames of Time for Development program and at the university (UNEC) for students. The hobbies are playing football, playing guitar, rap, dance and solving logic problems. His future plan is to publish a philosophical book on the topic of “Sence of Life”. He belives that one human can do what the whole humanity could not do.

Next article Do you think that your country’s historic politics changes the way society perceive individuals now?
February 14, 2020