What do you do to play your part in looking after the environment? 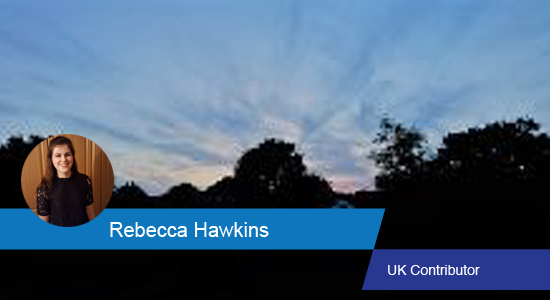 "I do everything I am told to do – recycle, turn off taps, switch off lights."

Hometown: I am from Romford, which is in a suburb of London.

We live in a society that is becoming more insular by the minute. Here anyway, in an unspectacular suburb of London, the environment is nobody’s main concern, and it is certainly not the concern of a harried, perpetually exhausted teenage girl who is so caught up in school and A Levels and keeping her head above the water that she can barely think about anything else. For me, the world outside my house, my street, my school, sometimes seems very far away. This is not an excuse of course. There is no excuse for our society’s, our generation’s, complete lack of regard for the environment.

I do everything I am told to do – recycle, turn off taps, switch off lights. But I don’t recycle paper because I am consciously thinking about the fate of all those trees cut down day after day. I don’t turn off the lights or the plug sockets because I am consciously trying to reduce the amount of fossil fuels burnt to generate all this electricity. Nor do I turn off the taps because I am thinking of all the lakes that are drying up, and the children dying of dehydration in drought stricken countries. I may do all these things, but only because they have been drilled into me since birth. I play my part, but really I am only playing a role. I do not ‘look after’ the environment. ‘Looking after’ suggests that I care, that I am actively investing myself and nurturing the environment around me. I would care, if I thought about it, but the problem is that many people these days don’t really think about the world around them anymore.

Despite globalisation, despite international news, for us ordinary teenagers in the suburbs, the world is a small place. This doesn’t count for everyone, of course. There are some people with their eyes open, and they do more than routinely sort rubbish into a black or an orange bag. But for me at least, to have that kind of awareness would be terrifying. If I looked up from my own life, I would see that global temperatures are rising and that the world around me isn’t getting better, and sometimes that frightens me into keeping my head down, closing my eyes. Ignorance is bliss, after all.

2016 was a year for eye openers in more ways than one. Brexit. Donald Trump. The time has come for us all to look up – not even us lowly teenagers can afford complacency anymore. I will have to do my part and look after the environment. I can no longer exist for the moment; I have to invest in the future.

I go to the Sixth Form in Brentwood School I like Romford because of its proximity to the vibrancy of London but also the countryside of Essex. You get to enjoy both worlds!

I am a castle-loving history freak who wants to spend the future either road tripping from historical place to historical place, or locked in a dark room tapping away at a keyboard. I get excited about poetry, dead historical people and classical music. My favourite way of spending my spare time is writing novels and obsessively drinking tea.

Previous article “How has society changed within my life time?”
February 14, 2020

Next article “How important is the landscape in your country?”
February 14, 2020