What is the Most Distinct Part of British Culture? 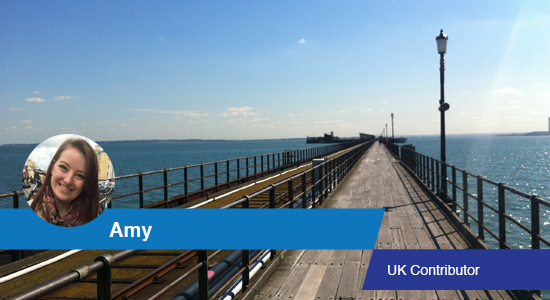 "Food is a huge part of being British and something that shows how our culture has changed throughout the generations– what would we be without fish and chips, cheddar cheese or a good Sunday roast?"

Name: Amy
Age: 24
Hometown: Rochford
(Rochford is a small, historical town, near to the seafront in Essex that is very quiet and quaint. While too quiet for many people’s tastes, I love living in the countryside while still being so near to the beach)

In my mind, modern British culture is defined by the fact that it is so diverse and, in essence, very multicultural in its nature. Of course, there are some things that I come across in everyday life that are so inherently British that they can symbolise British culture all by themselves – the Queen, a night down the pub, afternoon teas and damp English summers to name a few.

When I think of distinct parts of British culture that I encounter every day, I immediately think of my hometown. I live close to the sea so the good old British seaside is something very close to my heart and something that I see as an inherent part of our culture. The first seaside pier was built in 1814 and has been an icon of British seaside holidays ever since and my local beach still proudly sports the longest pleasure pier in the world. My childhood was spent eating ice cream and donuts on the beach, playing on arcade machines and having my skull rattled on bumper cars. Another inherent part of our culture that has survived the ages is our sense of humour; dry, witty and full of sarcasm. Britons have a stoic and unwavering sense of humour that is unlikely to be changed by outside influences, however, much of our culture has been moulded and shaped over the centuries by the thousands of foreign nationals that have decided to call our small island their home.

Food is a huge part of being British and something that shows how our culture has changed throughout the generations– what would we be without fish and chips, cheddar cheese or a good Sunday roast? However, British cuisine has now adopted so many other dishes from around the world that it is forming an eclectic mix of tastes that matches Britain’s diverse population. In my family, many Friday evenings are spent watching a film together while eating Chinese, Indian or Thai food. Part of being British is being able to enjoy delicious edible influences from around the world, many foods are from countries which were historically colonised by Britain, whose inhabitants have now called the UK their home for generations.

British history is filled with invasions, colonisation and conquering (both by us and happening to us) – something that has both spread our influence across the globe but also created the multicultural society that we have today. When you walk through our historic buildings, galleries and museums you will not only see a great pride in our nation and its beautiful heritage, but also influences from thousands of other cultures from across the globe. Britain is a country of many cultures and one. In London alone, for one in five people English is not their first language – in all, our population is estimated to speak over 300 languages – and people from a huge variety of cultures and ethnicities can be found in every part of the country. We are extremely proud of our culture and all that it means to be British – tea, biscuits and a stiff upper lip – but we are also proud that our history and heritage is so intertwined with others from across the world and that it has shaped us into the Britain that we are today.

Picture: Southend Pier “The Longest Pleasure Pier In The World”

“I work part-time at Made Public, a Community Interest Company and part-time in the Fundraising Department at the Museum of London Archaeology, while also undertaking freelance writing”

“I am a cake obsessed, avid baker, photography lover and museum enthusiast. After completing my degree in English Literature and History of Art at the University of Kent I took a gap year to travel in Europe. I loved exploring the galleries, architecture and culture of beautiful cities such as Florence, Barcelona and Brussels. I decided to pursue my love of history and moved to Manchester while completing my Masters Degree in Art Gallery and Museum Studies. Even though I loved living in the North, chips and gravy weren’t for me so I moved back to my family home in Essex and now lead a hectic lifestyle trying to keep up with three jobs that help me to pursue my loves of art, culture and history”

Previous article What is the Most Distinct Part of Azerbaijani Culture?
December 18, 2016

Next article How does the internet affect your life in Azerbaijan?
November 18, 2016