“How has society changed within my life time?” 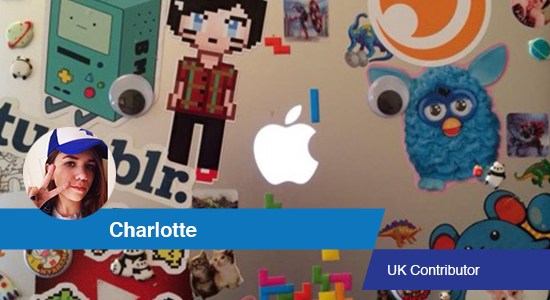 "...the definition of ‘Britishness’ has been vastly shaped from what it would have been in 1999"

Society is defined as a community of people who live, work and learn together; however it is very hard to determine what modern society is like within Britain today. There is such a diverse range of people and subcultures that in order to decide what society is like as a whole you would have to experience every part of the wide ranges of communities we have within one nation. Despite this every single person is able to produce an evaluation of their current society and the way it has developed within the past few decades.

I personally believe that society has mainly progressed within my life time. Britain has developed a more diverse and accepting community. Although at the time of my birth society wasn’t necessarily as exclusive as it was 50 years previous there was still forms of quiet intolerance from many communities and certain groups were still largely discriminated against. However it is clear that since then society has become more tolerant to people who are often classed as different and the definition of ‘Britishness’ has been vastly shaped from what it would have been in 1999. My opinion is that this is mainly due to mainstream media within our country that has begun to develop shows and documentaries that preach acceptance rather than hate. They delve into communities within our society which are often seen as ‘different’ and instead educate us on why they are the same. They introduce characters that may have different ways of life but show
them as good people who are able to work as hard as anyone else.

Theatre and TV are often shown as ways to promote tolerance and a sense of community to people with different backgrounds. Media with the addition of the evermore used internet allows for a
wider output of causes and plights that can be shown to those in society who would often be unable to experience them. This allows our own society to become more compassionate and understanding. For example when I was born, homosexuality (although no longer banned) was still often frowned upon in many circles, but it is now more widely received due to the introduction of same sex marriage in 2014. Furthermore our society can be thought of becoming increasingly tolerant to various races and religions which could be shown in many ways, such as the appointment of Sadiq Kahn as the first Muslim mayor of London.

On the other hand our society still has a long way to go until it reaches a point I can be completely proud of. Although a lot of groups are now more accepting there are still some who preach hate and would prefer to go back to Britain’s ‘traditional values’. However because of the new platforms and a more extensive freedom of speech many would protest against them. Yet many people due to no fault of their own have ingrained prejudice towards certain races, sexes or religions and despite society’s efforts this will remain an obstacle for decades to come.

I believe that education has yet to improve the necessary amount. Although learning has now been pushed further with the law coming into place that everyone must stay in education until they are 18, the learning environment has not progressed nearly enough. Subjects such as the arts are often underfunded and are not taken as seriously as the sciences, Education is still majorly aimed towards gaining good exam results rather than the actual process of learning and university costs have increased an exuberant amount since 1999 meaning that many may not be able to get the education they desire. This shows that society still has a long way to go if they want to celebrate everyone’s talents rather than just the select few.

In conclusion society has changed a lot in the past 18 years. Acceptance is now on the rise although it has not yet reached the best possible point. Society still needs to improve on the availability of education and work of the lower classes as well as making sure everybody has a chance to achieve their goals.

I would describe myself as a full blown geek: I enjoy all things sci-fi and superhero and spend most of my free time on tumblr. Currently, I’m a huge fan of many TV shows such as ‘The Flash’, ‘Agents Of Shield’, ‘Gravity Falls’, ‘Supernatural’ and ‘Sherlock’. As well as loving loads of books like ‘Harry Potter’ and any movies based around marvel. I am also a huge fan of musical theatre, especially any work by ‘Team Starkid’, although I can’t sing for toffees. I love going to conventions and dressing up as my favourite fictional characters as well as being able to see celebrities in real life. I am a cat enthusiast and own 2 myself. (Lily and Lionel)

I love my city because it’s full of interesting people and wonderful architecture.

Previous article “How has society changed within your lifetime?”
February 14, 2020

Next article What do you do to play your part in looking after the environment?
February 14, 2020