“How has society changed within your lifetime?” 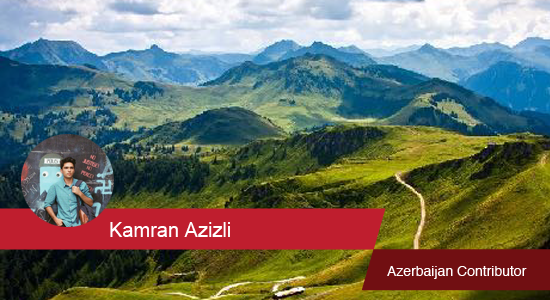 "The main priority of recent projects carried out by young patriots are linked public awareness and social development of people."

There have always been some gaps among generations through the history, but it is interesting what differs 1990s society from today’s one. One of the words young people, including myself, hear mostly from older ones is that “it wasn’t as it was before”. So I conducted a research both on internet and among people to show general view about this theme.

The development of technology, social enlightenment and public awareness on critical issues have put impact and shaped the society in a different way. Over the 20 years, not only the worldview of people has changed, but also their approach to the processes in society. Our way of life has, in turn modified both positively and somehow negatively.

To use technology widely, particularly through smart phones and modern computers, is the prime feature distinguishing today’s young people from previous. The phones used for calling by adults and the computers used for games by children in the past, are now applying to all spheres of human life.

We used to have home phones 20 years ago, now 99% of people seem to own mobile phones. These phones help to contact with people from kilometers away. At the same time further technology devices follow us every moment of our life. Wherever we go we can listen to the music with earphones, when we want to watch movie we can open online film sites, we can even use eBooks for bedtime reading. 20 years ago we would have had to wait for the import of movies, books or music, today we get information in a second. It is obvious that the rapid progress on technology facilitates human life, but this keeps us away from socializing and makes us technology addicted.

Telephone and internet use on a regular basis was assumed the separation from the surrounding community, now we are the part of a wider network. The majority of people, regardless of age group, constantly check notifications, with the desire to respond to messages, thus, technological dependence is not only excluding us from society, but it even strengthens its own place in society.

It is certainly true that the position of women in society has undergone a dramatic change in the past twenty years. 20 years ago, women used to have the same legal rights as men; however, social discrimination was remaining a problem. It was common for woman to give up work once they had children and devote their time to caring for their children. They had to mostly stay at home and take care of the family, unlike Men who had jobs and financed the family.

Nowadays women can easily find work or earn money and play an important role in decisionmaking process in the family. The majority of women continue working once they get married. Furthermore it is more affordable to come two salaries into family, as setting up house and establishing a reasonable standard of living requires further income.

Especially in the last decade, the role of young people in social life has increased noticeably. They are mainly oriented to social development, sustainable youth projects. If there was a small number of young people attempting to involve people in development and strengthening of human values, now this trend has increased astonishingly. In the past they just covered a fraction of social problems in community, but the growing numbers of the young try to get social development, help vulnerable groups and start the project implementation. The main priority of recent projects carried out by young patriots are linked public awareness and social development of people.

Azerbaijani youth participate in the local and international programs, at the same time help to organise projects at the international level, including conferences, seminars, festivals, competitions and other events. Additionally, Azerbaijan Youth Fund has been established, in order to stimulate the participation of young people in social life. There are also extra funds increasing initiatives and participation of young people in the development of state and society, strengthening the material-technical base of ideas, inspiring the new ideas.

Kamran Azizli is a fourth year student at Azerbaijan state university of economics, in Baku. He plans to build his career in the accounting field, but he is also an amateur writer and photographer. Participating in several social events and volunteering programs, he has had great experience about social, cultural and educational topics. One of his favourites is to research actual issues in community and in the world and share it with his friends and followers on social media. You can get more information about him on Facebook and LinkedIn: @KamranAzizly.

Next article “How has society changed within my life time?”
February 14, 2020