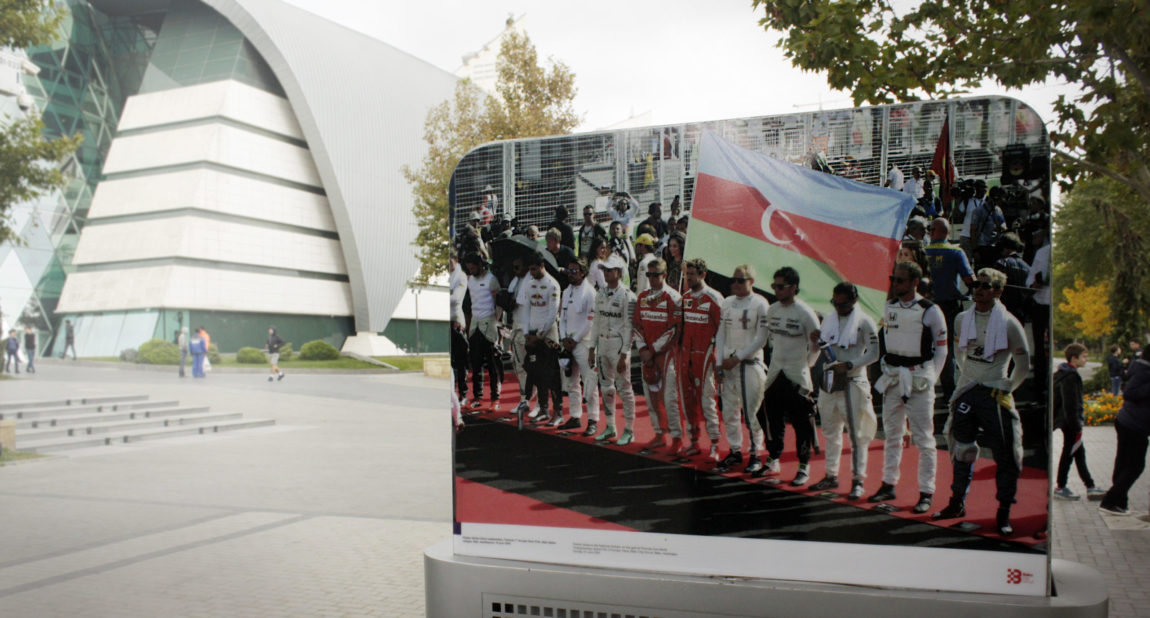 Since 2016, every year Azerbaijan hosts its own F1 Grand Prix, this spectacular event takes place in June with a 51 lap circuit. Running directly through the centre of the city, Formula 1 has become inherent in the atmosphere of everyday city life. With speed markings on the floors of major roads in popular tourism and shopping spots.

The track is an impressive 6Km with the race distance tolling to just over 300km. The fastest lap time was completed in an impressive 1:43.441 in 2017’s competition. Drivers will pass some impressive monuments in the city on their way around the track including the ancient city walls of Icheri Sheher, the parliament building, a number of museums and of course the famous Boulevard.

Although the competition seems like a new sporting endeavour for Azerbaijan, previous to running the F1 in Baku, the city had executed a number of GT races in the centre on an alternative track. 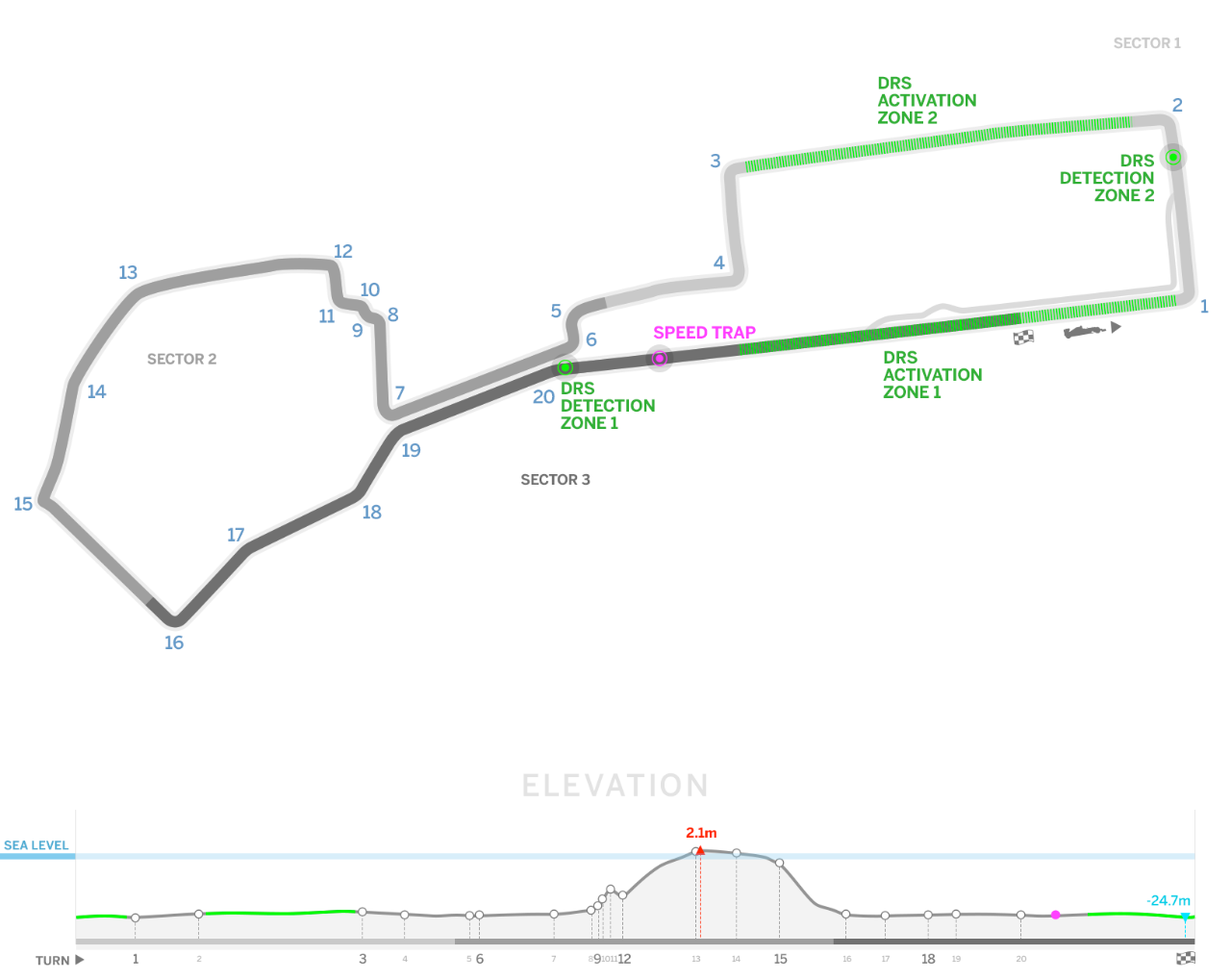 The AFFA is the official government agency that organises Azerbaijan’s increasing regularity in the international football scene. With a worthy selection of mens’ professional / under 16’s / under 19’s and under 21’s national teams. Kicking off by hosting Italy in a match on 10th October 2016 in the Baku Olympic Stadium, Azerbaijan’s national professional team participated in UEFA’s Euro 2016 tournament finishing in the qualifying rounds (H) after playing tough games against, Malta, Norway, Belarus, Croatia and Italy.

Sponsored by Socar, the AFFA bases its development on the concept of teaching grassroots footfall to young people. By teaching the sport in the correct way, a generation of new sportsmen and women will create a world class national team and premier league.

Azerbaijan also has its own premier league which play in the Topaz League and participates with the Europa EEFA League. Teams that are home in Azerbaijan include:

Most teams currently reside in Baku as their home city, however there is a rise in regional teams developing. A team which holds a huge amount of national pride is Grarabagh FC (also know as Qarabag FK). One of the most popular and founding members of the Azerbaijani premier league in 1992, Qarabag originates from the Aghdam area of Azerbaijan, a war-torn area of Azerbaijan that was heavily affected by the Nagorno-Karrabakh war. It is also the first Azerbaijani team to have advanced to the higher UEFA Champions League group stage.

Qarabag have competed against British teams ‘Tottenham Hotspur’ (2016) and ‘Arsenal’ (2018) in both UK and Azerbaijan respectively. 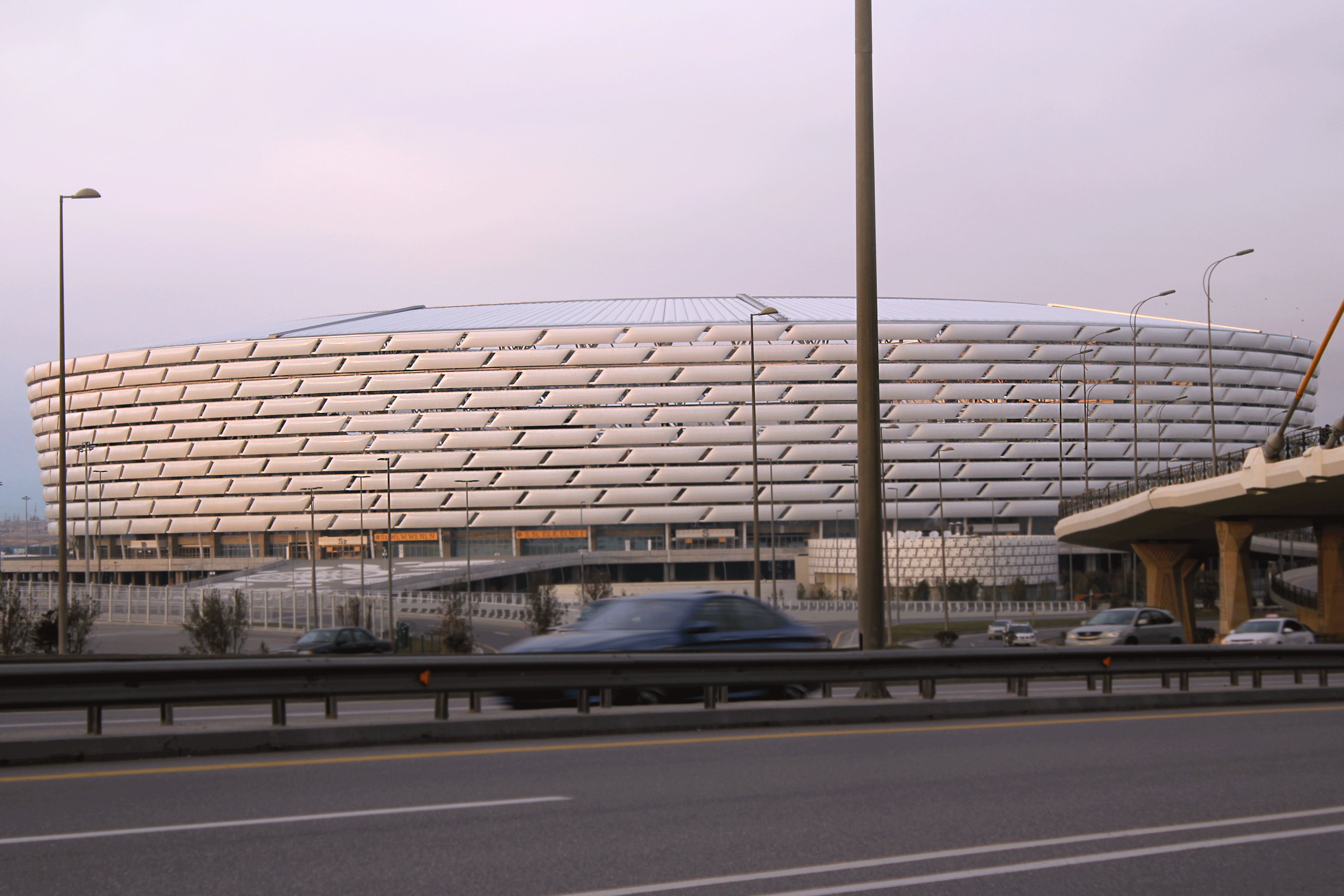 Chess is a popular pastime in Azerbaijani society. spanning from the time of the country’s Republic of c. 1920. From Baku’s first tournament in 1923, won by the Makogonov brothers Azerbaijani’s have thrown themselves into the game with trade unions backing its development – and to current times where president Ilham Aliyev (chair of the National Olympic Committee ) initiated a state funded chess development programme.

Not only do people enjoy this strategic and social game but are also experts in it; with Azerbaijan’s grand master Shakhriyar Manedyarov  ranking 2nd in the world according to FIDE 2018 rankings.

Chess has deep cultural roots too with some of the best loved Azerbaijani poets and writers speak about the intricacies of chess, power and formation including within the works of the loved Khagani Shirvan and Nizami Ganjavi. 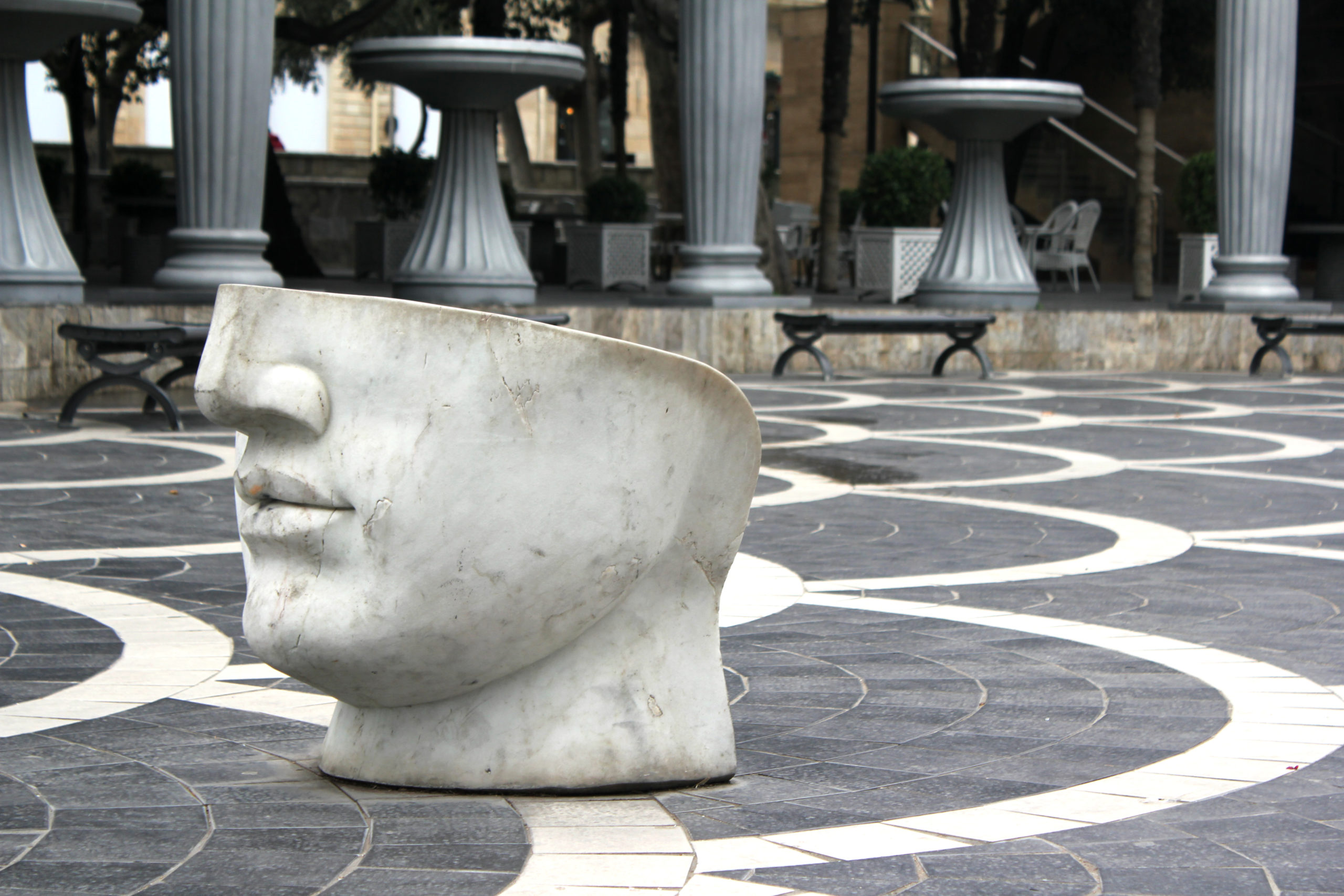 Azerbaijan hosted the very first European Games in 2015. Held over 17 days, this competition saw 53 countries and associations of athletes compete in central Baku. Russia took home the most medals of this olympic style event (164, with 79 gold) while Azerbaijan came second in the table with 56 gold and the UK third with 47 gold medals respectively.

The games utilised a range of volunteers at the games named ‘flame keepers’ – aptly named for their organisation of the representative logo showcasing a flame within a pomegranate, showcasing the popular fruit in Azerbaijan, and the symbolic flame of the countries history and natural environments.

The UK were at the forefront of the games with Jade Jones of Wales in the UK becoming an ambassador for the upcoming games in 2015. As the UK’s only taekwando olympic gold medalist she represents the full range of sports that the games catered for in 2015; Jade also managed to take a gold medal home at this games event, keeping her prestigious title in tact. From martial arts, to gymnastics, field sports, boxing and swimming to name a few.

As well as international ambassadors, out of Azerbaijan also welcomed their own, with Rovshan Bayramov being a particular favourite out of 258 Azerbaijani athletes competing. Holding European titles in Greco-Roman Wresting, Rovshan symbolises one of Azerbaijan’s most successful sports on the world stage, wrestling.

There were also sports included in the games which you would not usually encounter in the Olympic games, fascinating sports such as 3×3 basketball and beach soccer.

Watched from around the world, the games kicked off with a star-studded opening ceremony including the sounds of Lady GaGa and thousands of flame keepers and dancers and actors choreographing the floor for a huge audience in the newly ‘purpose-built’ stadium.

On closing, the host city for the 2016 games was announced as Zegrab in Croatia, and crowds were enticed into the cultural muse of Azerbaijan’s culture and entertainment.

Azerbaijan played host to the 2017 Islamic Solidarity Games in the Capital city Baku. This event plays host to over 50 majority Muslim countries across the world and incorporates 21 different sports, the ethos of the games is to unite and strengthen ties between muslim countries. Incorporating 12,000 volunteers, the games were a great source of employment for the ever growing sporting events industry in Azerbaijan. The event is managed by the Islamic Solidarity Sports federation and this year has conveniently appeared in many of the venues created for the first European Games a couple of years ago. To take part in the Islamic Solidarity Games, each country should be part of the Islamic Cooperation which is the hive of communication in the muslim world.

The 10 day event was opened on 12 May with a ceremony that entertained with Musical theatre, dance and a delight of Azerbaijani traditional hospitality. Host nations are often at the top of the medal tables in sporting events, especially after a strong dependence, economically in the event succeeding. 2017’s event was no different with Azerbaijan having one of the largest teams in the event and not coincidently finishing at the top of the leader board, winning 75 gold medals with Turkey finishing second with 71, Turkey also had one of the largest teams in the competition. Iran came third in the medal tables.

A number of tourist engaging activities were set up in Baku during the games, including a number of the games’ horse mascots ‘Inje and Jusur’ being placed around the city and ‘selfie frames’ placed in tourist hotspots including the Iceri Shar (Baku Old Town). 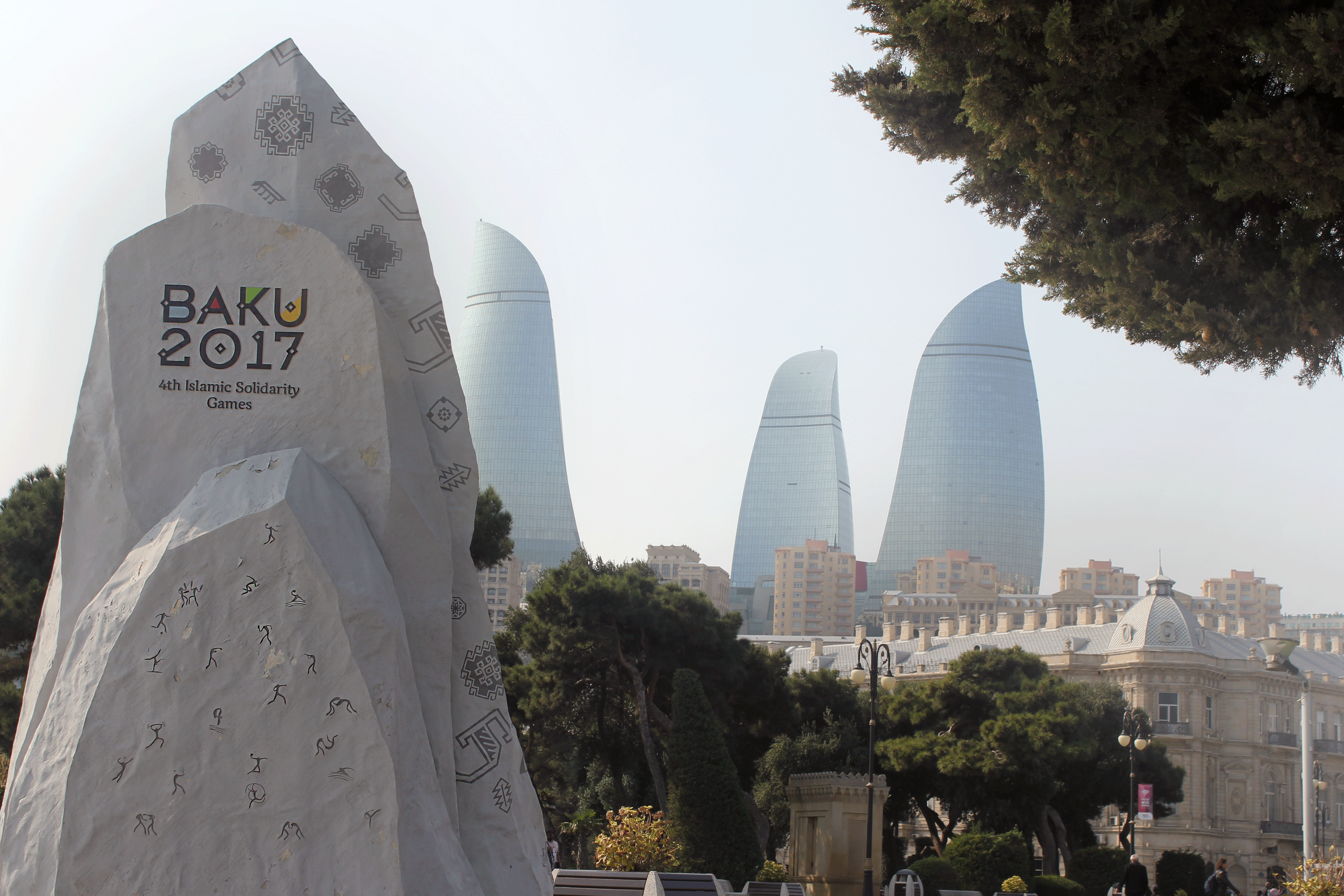 Sports within the games include some familiar western sports include shooting, swimming, gymnastics, volleyball, handball, water polo, football, tennis and basketball, with some less familiar eastern sports including Wushu and Zorkhana, a type of competitive rhythmic exercise. Other countries involved include Iran, Indonesia, Bahrain, Egypt, Cameroon, Uzbekistan and Mozambique to name a few.

A long time had passed since the last successful games hosted in 2005, by Saudi Arabia. Despite being scheduled to run every four years like the Olympic games, the solidarity games have ran into political controversy in contemporary games with the Iranian games being cancelled in 2009 and Indonesian games being moved around various cities to adhere to strict rules. The next games will be held in 2021 in Istanbul, Turkey.