The film industry in Azerbaijan dates back to 1898. In fact, Azerbaijan was among the first countries involved in cinematography; notably only a few years after the first showcase by the Lumière brothers in 1895.

The first films recorded in Baku were unsurprisingly, documentaries about the oil industry(“Fire of the Bibi Heybat Oil Gusher”, ” Oil Gusher in Balakhany”, “Festival In City Park”, “Caucasian Dance”, etc). At the turn of the 19th century, this bay town on the Caspian, was producing more than 50% of the world’s supply of oil. Even a short feature film was made about the supply; “You’re caught up”.

By 1915 The Pirone brothers had set up a network of three production houses in the Caucusus; located in Baku, Tbilisi and Yerevan. Azerbaijan’s first ever feature film “The Reign of Oil and Millions” based on a novel by M Musabeyov was financed by some local oil tycoons. This film featured beautiful landscape scenes across the rural villages surrounding Baku. Although the oil industry was the catalyst for this film network, the film production company went on to producing many other films for public entertainment. These included the first comedy in Azerbaijan, based on the “Arshyn Mal Alan” opera by U. Hajibeyov in 1916. The full-length movie “Celebrations of the Anniversary of Independence of Azerbaijan” followed on screen in 1919.

During Azerbaijan’s period within the USSR, films were produced at great rate, with Russian producers especially took advantage of Azerbaijan’s environment and landscape.

In particular, there were a great number of films created in Azerbaijan in the 1980’s when the private sector started to rise in film production.

By 1990 nearly all public sector funding for film had dried up in the USSR and as such, entrepreneurs provided the sole funding for commercial films. Despite this, 1991 was shown for the most films being produced in Azerbaijan. There were a total of 40 documentaries and 10 feature films shot at the time. Up to 90% of funding came from private funding.

Noteworthy films from the 1990’s to include: ‘Ring of happiness’ by the director Ramiz Azizbeyli and producer Sadraddin Dashdemirov. It was the first independent film in Azerbaijan. The film attracted such number of viewers that it helped to cover all expenditures of the film production and made a profit. ‘Yarasa’ by the director Ayaz Salayev and the producer Saday Ahmedov, was the first internationally acclaimed film. It was awarded the “Grand Pris” of The Angers Festival (France) and took part over 20 International Film Festivals in total.

Azerbaijan regaining political independence in the 1990’s was a crucial time for protecting the film industry that had just begun to grow wings. In May 1999, The Guild of Professional Film-Directors was created in Azerbaijan. Its aim is to protect film for visual and audio authors. This organisation  has since protected aspects of film production for the continuation of national and international development of cinematography.

For further information about the Azerbaijan film commission, and more about specific films, please follow the link below:

Cinema is incredibly popular in Azerbaijani culture, the country at the time of writing has 17 cinemas across the country, the largest of the chains is Park Cinema. In recent years there has been significant investment into the cinemas experience, particularly during the last ten years, Unusually Azerbaijan is one of the few countries across the world that has high quality cinemas across the entire country. Imax presentations are available at several cinemas, rather than at select locations in major cities like Europe and the Uk. At Park Cinema, Park Bulvar they have the only Laser Projection screen in the country a major achievement given that some countries considered to be forward thinking in terms of movie technology do not have any laser projection screens. 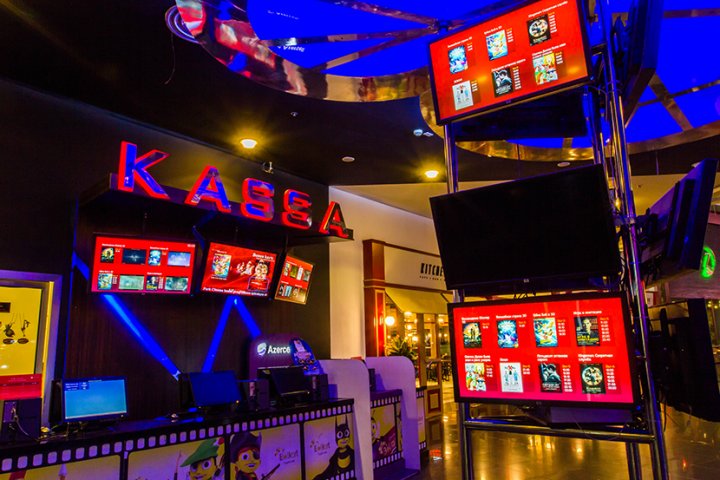 The offer at Azerbaijani cinemas is very similar to that of the U.K. or U.S.A. often certain blockbuster movies appear in Azerbaijan before the majority of European countries. Unlike a lot of other countries however that have opted to keep movies in their native tongue the majority of English speaking films are delivered in a dubbed format, which is quite surprising given that a large majority of documents such as posters and publicity materials regarding these features are released in English. Early release of these titles for dubbing, no doubt, plays a considerable factor as to why mainstream movies often appear hours, days and sometimes weeks earlier than other countries. The process of dubbing can often be achieved in as little as two days, it is said that Paramounts The Secret Life Of Pets was dubbed in a little over 16 hours. While movies are available in English, the offer is limited to some releases or specific one off showings, often with a Turkish format being preferable. Unusually key blockbusters such as The Rise Of Skywalker were unavailable in English for the majority of the country, with the most popular language spoken throughout the country was dubbed Russian.

Azerbaijan cinema also offers somewhat of a shock for westerners when it comes to cinema screening times, unusually offering services into the early hours of the morning, the final screening time for many movies falling between 2 and 3am meaning patrons enter under the cover of night and leave at sunrise a stark contrast to the usual 9 or 10pm throughout Europe and America. Late viewings are also incredibly well attended, surprisingly the late night line up often includes family movies such as Disney and Pixar blockbusters.

Admittance prices vary dramatically film by film rather than venue, with prices ranging from 4.80 Manat for an adult up to 15 Manat, the average price for children ranges from 3.20 to 8.70 Manat.

Romance is an extremely popular genre of film shown within Azerbaijan, adding to conceived dreams of the perfect life in other climates, and generally the freedoms that go with a perfect romantic life, this being said horror often delivers some of the best results, unusually however horror releases are considerably much more scarce than the rest of the region. German and Turkish horror are incredibly popular, the 2016 Turkish horror film ‘Baskin’ had some of the largest admittances on the planet, with opening days screenings being almost entirely sold out, a fact that will have borne a key part in the films worldwide growth.

Despite the popularity of horror and its scarce releases in Azerbaijan, there is little or no horror titles being made in the country, despite known history showing the genre is popular for low budget filmmaking. Element’s of conflict in a documentary style are common place, even movies about farming often have a flashback moment to war or life under soviet ruling, normally these same movies feature questions, or have an element of mystery reflecting a safer point in the countries history, a mystery that to westerners might seem strange but for Azerbaijanis of a certain age all too normal. 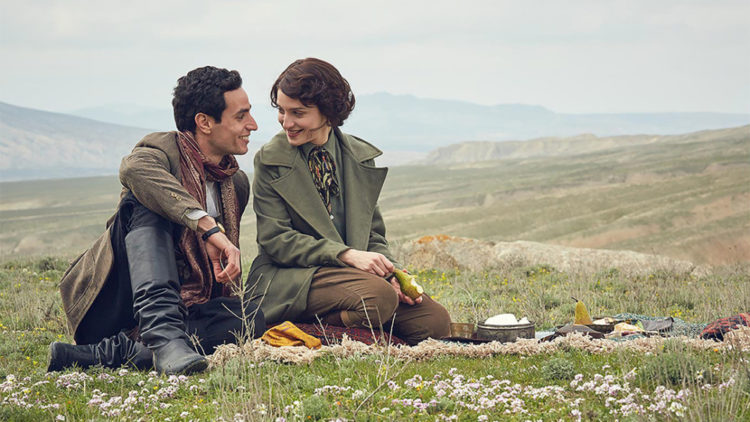 Azerbaijan has a small but busy film industry, it is very much a work in progress with the industry being regarded as “local produce” often significantly more popular abroad than on home shores. Azerbaijani cinema is filled with romance and comedy, horror Azerbaijani comedy movies often lean towards the slapstick variety rather than subtle humour.

There were many Azerbaijani movies that were proving incredibly successful as 2017 ended and 2018 began, ‘Pomegranate Orchard’, ‘Steppe Man’, ‘Ali and Nino’ and ‘Salty Sea Dog’ being prime examples touring film festivals across the globe, the movies performed particularly well in India and Australia, films screened in London seem to be a particular strong accolade. In more recent cinema the film ‘Chameleon’ seems to be the turning point for Azerbaijani cinema’s appreciation overseas. The unusual fantasy movie “The Red Garden” is to date the most award honoured Azerbaijani movie to see global festivals, winning awards at almost every festival it was screened in. 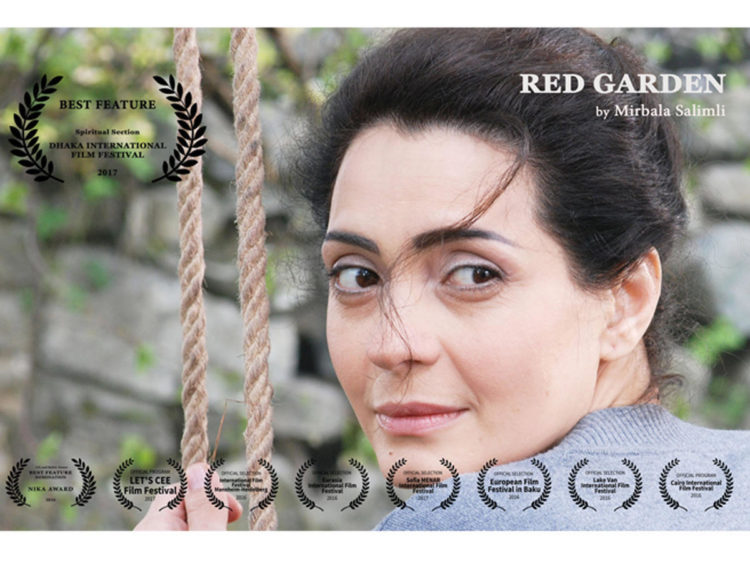 While a cash rich country with significant investment being given to the majority of industry and even cinemas, the film industry is quite poor. Investment in film is limited, due to its lack of return, therefore a lot of film is made in the true spirit of “Independence” self funded by the filmmakers, giving them the freedom of storytelling, to tell the tale they truly want to tell, rather than being expected to fall into a line of procedure like many other countries. Sadly there is a significant amount of unfinished projects in 2018, about 8% of film projects remain unfinished. While almost 90% of the industry being made up of movies with a running time of less than 45 minutes.

Discussion of cinema online is commonplace throughout the country, with many desktop reviewers voicing opinions on social media, websites and sometimes their own blogs. The subject of filmmaking, filmmaking style and the success of Azerbaijani film outside the country being incredibly popular. The majority of these amateur authors all are remarkably well informed in technique of cinema, frequently putting more established reviewers to shame. 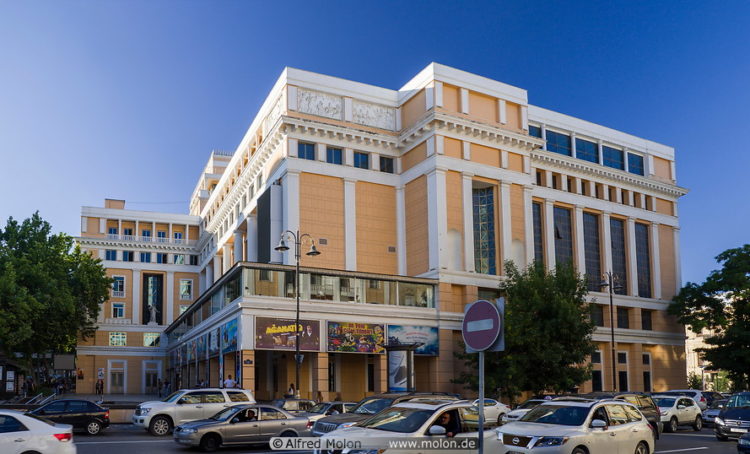 Spotlight Feature: Rufat Asadov – The Last Jew in The Village

Rufat Asadov is a documentary film maker based in Azerbaijan. The film ‘The Last Jew’ was submitted into the 2017 ‘Romford International Film Festival’ as the only Azerbaijani entry in the London based film festival. It follows an Azerbaijani mans life after his children have left home and his wife has died. This sensitive documentary questions the meaning of life and living on, once those you love are gone.

You enter the serendipity of his life, thoughts, and regrets as a man who has lived in between so many different social times. The distress of his wife never coming home from the hospital, but also the joy in his son finding a home in Israel.

For this mountain jew, his life has become about elongating the memory of those who he loves, a hope for his sons future, and managing the land that his ancestors lived and died for. 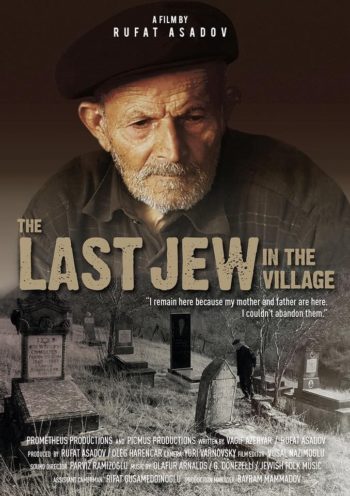 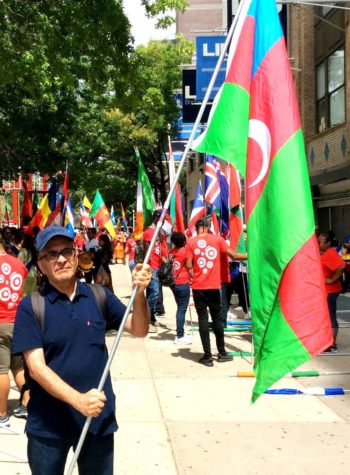 The Last Jew In The Village was nominated, and came a runner up for the ‘Best Documentary’ in The Romford Film Festival. This nomination was revealed at the awards ceremony at the end of the Festival. 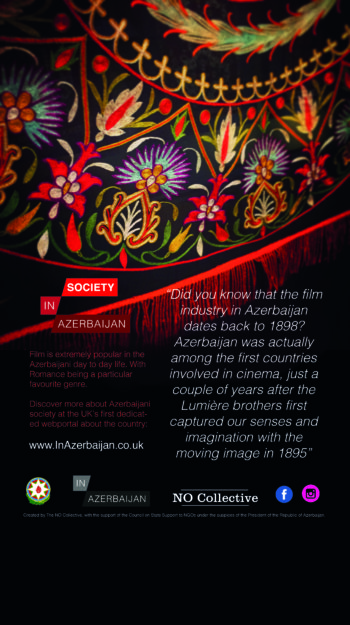